Update- We are delighted to let you know that we now have the Siarter Iath Bronze award. Llongarfarchiadau Pawb! In September Mrs Jones came and looked around our school and spoke to both staff and pupils. She was delighted with our progress and has informed the Criw that she has seen enough evidence to award us with the Siarter Iath Bronze status.

A big well done to the Criw Cymraeg and particularly the Year 6 children who left this Summer- you know who you are! You started our Siarter  journey many years ago and unfortunately didn’t see us reach our target.  Diolch yn fawr i chi! Your legacy lives on in the new Criw!

Hydref 2019- We have received our award in assembly with Mrs Sian Wilson. See Twitter below for pictures. 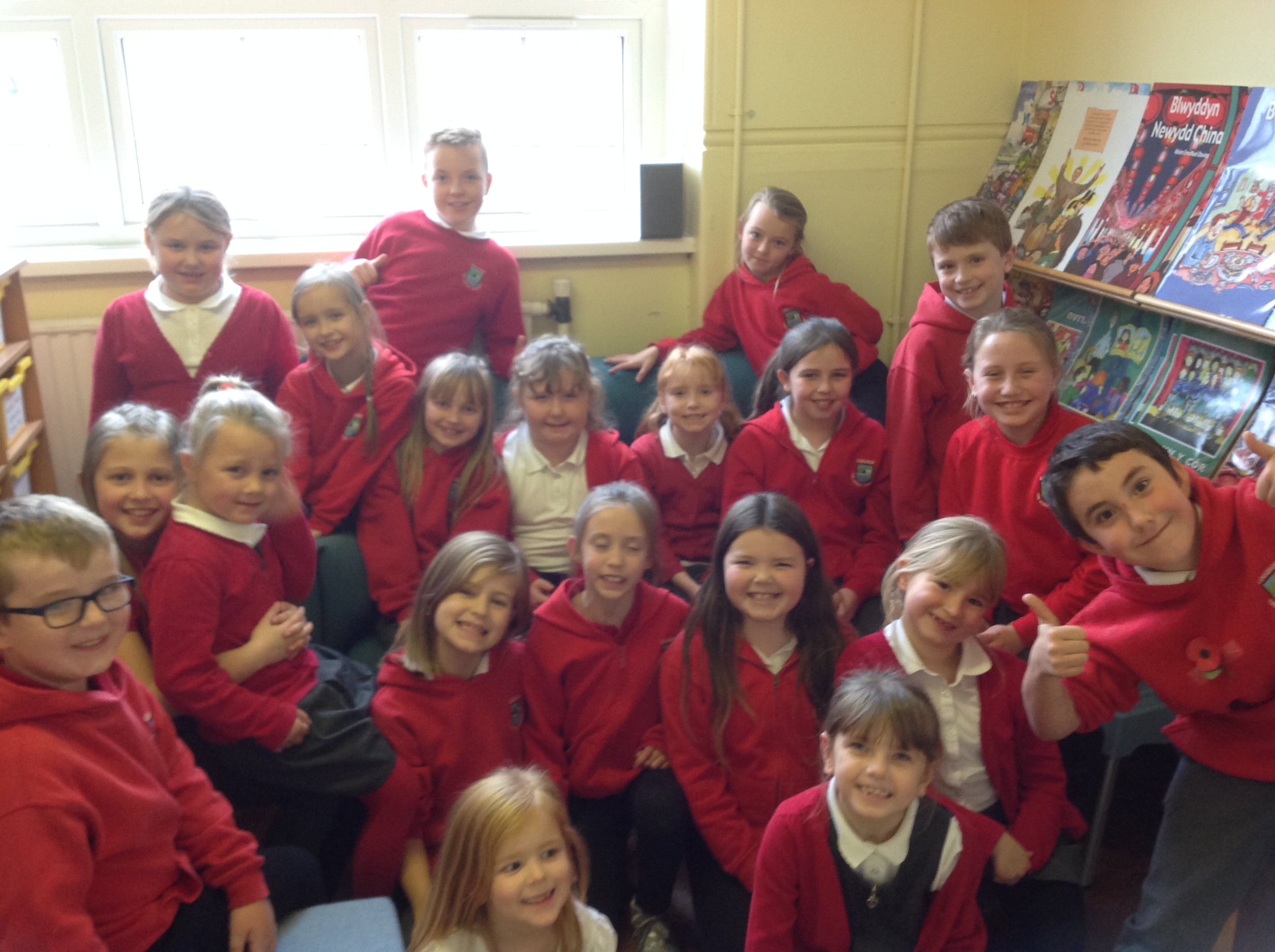 Article 7- You have the right to a name and a nationality.

The Tre Uchaf Criw Cymraeg started in 2016 and is made up of children who are enthusiastic about raising the profile of Welsh in our school. Currently, the Criw Cymraeg has developed into a much larger Criw and has 32 children mainly made up of KS2 children.

The Criw meet with Mrs Davies fortnightly and discuss ways to promote Welsh in school. The ideas range from introducing Shwmae day to designing posters to encourage children to speak more Welsh. The children have introduced various initiatives including Sialens Swper and Tocyn iaith and have their own board on display in the hall. They have designed their own certificates and often present awards in Criw Cymraeg weekly assembly to praise those children who speak Welsh around school and not just during lesson time. A few members of the Criw have taken one of our governors on a learning walk around the school to show how we have tried to develop Welsh over the year.

The Criw have recently ensured all KS2 children have completed a questionnaire before launching the Siarter Iaith campaign.